A five-star🇯🇵 airline starved me in the business class 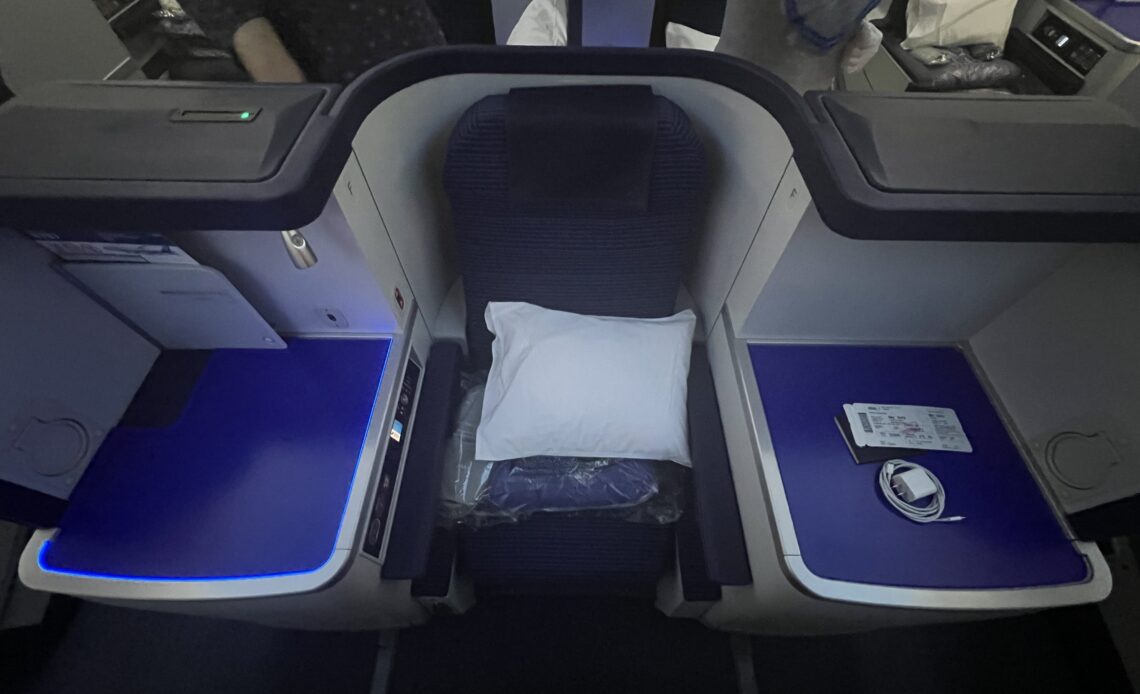 While writing this piece, I am sitting in one of the restaurants at the second level of the Bangkok airport. I understand this blog has been “abandoned” for quite some time, as same as many “did-not-make-to-mainstream” bloggers, plus the covid effect, really did a number on us. Most of us have found new challenges outside of the points and miles community. So rest assured, even though we are no longer invited as speakers at the conferences or as eager to show off our “once-in-life-time-trips”. We will come back if we have ever made mistakes or being mistreated, so you do not have to repeat our bad experience.

To be honest, I was very thrilled to fly ANA once again, as I have probably cancelled numerous bookings in past three years, including those 35K first class trips. Fortunately, my first flight from JFK to HND on first class was phenomenal. The new suite cabin and the impeccable services and food, plus the 21 Year Hibiki effect. I had a great flight with exceptional experience.

I have had experiences where a first class flight followed by a business flight, which brings you this hard downgrade feeling, but mostly due to the hard product. It is not the case for today’s flight, the staggered business class seats were very spacious, and comfortable. I would even go as far as, it may not as spacious as the first class suite, but the seat padding and the bed padding are way more comfortable. Especially, the bed padding, which has an anti-slip feature, which will not go everywhere when you turn your body during sleep.

After all pax are boarded, one of the cabin crews approached me wondering whether I would like to be woke up during the breakfast time. If you often travel in business class and on red-eye flights, this is a standard procedure, so the flight attendants would know the preferences of the passengers ahead of time to prevent unpleasant experiences. And normally, as per my other article regarding fasting, I tend to say yes all the time, because it is way better to get more sleep than eating food while you can barely open your eyes and mess up your blood sugar level (👴）.

That’s being said, from my own experience, regardless the airline, if a cabin crew saw you woke up in time for breakfast, as long as there is plenty time to serve you, e.g. an hour from landing. They will serve you the breakfast. In some extreme cases, some caring cabin crews even “force” me to eat. They would say things like, you did not have the first meal, or youngsters need to eat more. As overweight as I am, I often felt so much warmth and really appreciated this kind of humanly interactions.

Unfortunately, All Nippon Airline’s cabin crew on flight NH849 today was completely opposite. I woke up from sleep due to the bright light and the sudden increased noise level in the cabin. Unlike some airlines, they would have some sort of warmth but still somewhat dark lighting when they started serving breakfast. Even though the passengers are not speaking to each other, but the cabin crews have conversed with the passengers in Japanese non-stop.

Here comes a “fun” scene: I am sitting in the middle section of the seat with a single seat myself, for the remaining of two and half hour flight, none of the cabin crew has ever asked me if I want to eat, or bare minimally, if I need anything. In contrast, all the cabin crews are constantly asking all other passengers in Japanese, if they needed anything. At the end, I had to ring the service button to get someone to get me some water. Even then, the cabin crew just brought me a bottle of water, and did not bother to ask if I needed anything else.

Some may say, why don’t you just ask for food? I had that thought too, but my curiosity was in charge, and my hunger was in the background as a seasoned fasting guru. If I have asked for food, this article would not exist, right?

All Nippon Airline is a five-star airline, and has an exceptional reputation. I tend to believe what happened to me was a single incident. So here I am, spending 500 THB at an airport restaurant and waiting for my next flight to open for check-in.

To all the Gaijins (outsider, alien), you may want to factor in the potential issues related to language and cultural differences with Japanese airlines. It is not the first time I had language related issues with the Japanese airlines. I found this incident is quite unacceptable.

And for those who disagree, f off:)