Walked out a JW and went to a Marriott instead! 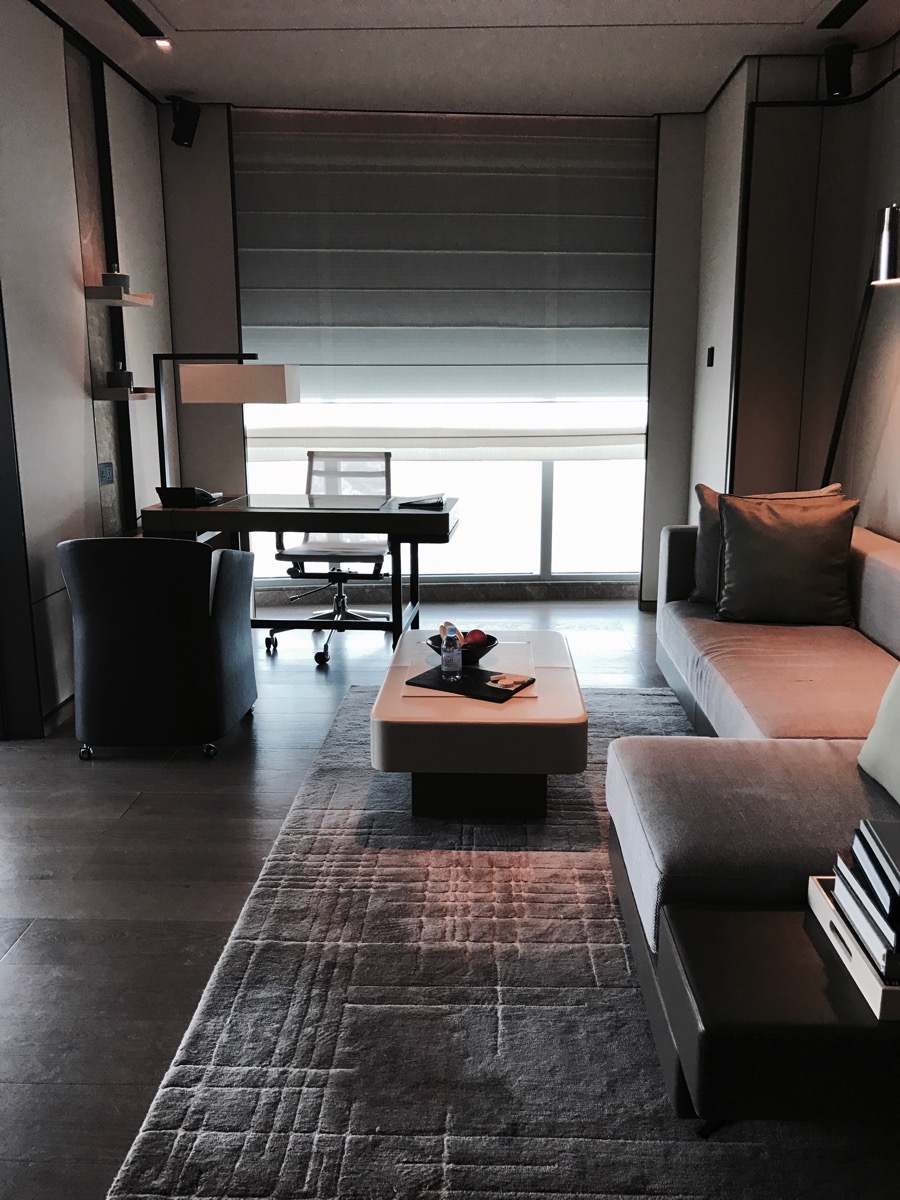 In the past few visits to Shenzhen, I always stayed at the Marriott Nanshan, and I think it is probably one of the best Marriott hotels around the world. It is a Category 3 property based on the Marriott Rewards system and only requires 15,000 points for a night (5000 Starpoints respectively). Typically, the basic room is usually for sale at roughly around USD 250, so I think it is an extraordinary value using either the free certificate or points. Unfortunately, there was no reward room available when I was planning my trip to Shenzhen. At the time, I only had the choices between BAO’AN JW Marriott and Shenzhen JW Marriott, where BAO’AN property is also very new and beautiful, but too far away from the city, whereas Shenzhen JW Marriott is in the centre of Shenzhen.

Before the check-in date, I received an email from JW Marriott SZ’s “At Your Service” team asking my estimated arrival time and welcoming me as a platinum member. I advised them my check-in time and also informed them that I could see there was an (and only) executive suite available for the duration of my stay. By the way, this is probably the best way to secure a suite upgrade. The reply was positive, and  I rested assured.

Shortly after I mobile checked in, I received a notice saying, my loyalty was paid off, and I got an upgrade to a Studio Suite. I had not seen this option before my day of check-in. With doubts, and hoped for the better, I used Marriott’s in-app messaging feature to ask the hotel if I could still get an executive suite.

Interesting enough, the associate whom I chatted with, seemed to follow a script strictly, much like a robot. Fortunately, they did not decline my request but saying they would try to arrange. I guess saying neither yes nor no is a service standard at a hotel property unless the wiggle room is used up.

Before arriving at the hotel, I checked on my phone, and it was still showing both Studio and Executive suites available. When I arrived at the front desk I asked if there was an executive suite available, but they said they were sold out for that day. I rechecked my Marriott app, and only the studio suite was showing available!

I politely accepted the situation and started check-in process, and saw that they put me on the 8th floor. It’s common that the higher level rooms usually have better amenities and better maintained, as these floors’ names suggest, “Executive floor” or “Club floor.” Besides, I had my stay preference as High Floor in my profile for years, and it has shown as “noted by the hotel” in my reservation.

Last but not least, on my upgraded reservation information page on Marriott App, it showed “High Floor” at the end of the room description. I thought that the hotel had seen the request and made the arrangement to accommodate it, like a quasi-contract. I didn’t think the 8th floor would be considered “High Floor”.

I politely asked if there was another suite available on a higher floor because it was different from what the Marriott App told me. The receptionist was trying to explain to me that, since it was an upgrade, we can put you on any floor we see fit. I guess it is true, but I still showed her my phone with the room description on the App. The receptionist either gave up on me or had no more excuses to say, so she went back to the front office and asked an on-duty manager to come out.

Usually, this means a better room/suite for the guest, even though I had no expectation and only hoped for a higher floor suite. The duty manager offered me a ROOM on the 23rd floor. I was speechless, but there wasn’t much I could do. I was exhausted from my 7-hour high-speed train trip from the previous night, and I needed to lie down a bit before my meetings.

I have never had to make this kind of decision, so for the first time of my 400 some hotel nights, I said may I check both rooms out before I decide? The on-duty manager happily accepted my request and asked a concierge to accompany me.

The 8th-floor studio was a wreck. It is a bigger corner room with outdated decors. The carpet was dirty and worn, and the place was not well-maintained. Then we went to the 23rd floor. The room was in slightly better condition, and somewhat smaller than the suite. After getting used to the Marriott Nanshan, this deluxe room was a little too dated. This hotel needs a renovation! By standards in Asia, this hotel should not be part of JW Marriott.

After viewing the rooms, I was not impressed. We came back to the reception desk, and the front desk officer offered me a studio suite on 18th floor, but I would need to wait for another 5-6 hours because the previous guest had not checked out yet and it would take 2 hours for them to clean the room. With much frustration, and dissatisfied with first two options, I said I could wait in the lounge then.

In the same time, I pulled out my phone to check if there were any other options, even for the much distanced JW Marriott Bao’ An. Guess what, Marriott Nanshan suddenly showed availability! I felt so blessed at that moment and went up to the receptionist and said that I would like to switch to Marriott Nanshan and cancel the reservation here due to the dissatisfactory rooms. The receptionist informed me that I would have to call Marriott Rewards, as they had no control over the redemption nights.

I sat down in the lobby and called the North American line, and the representative helped me swap the reservation in 10 minutes. Once it was settled, I asked the receptionist to see if she could see my reservation was cancelled.  She said she could not see anything due to a slow computer. I had some doubts, but I could care less now.

I halted a ride share and went straight to the Marriott Nanshan. At the check-in desk, the receptionist was so surprised that I was able to score a redemption reward at last minute. She said it was my lucky day, and I gladly agreed. I also got an executive suite for my stay, which was not expected. In my opinion, any regular room at Marriott Nanshan is much better than JW Marriott Shenzhen.