Hainan Airline’s “Flying+” and its flaws 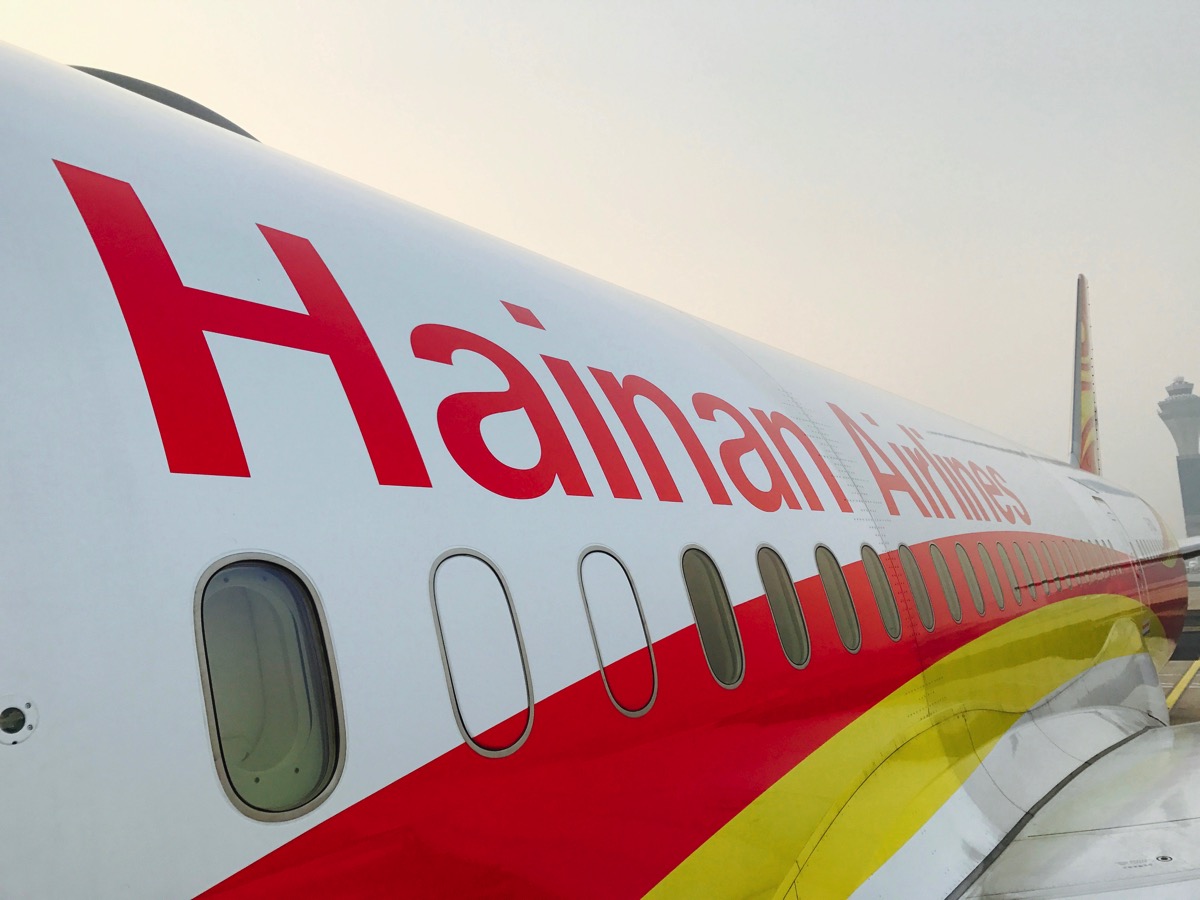 Hainan Airline rolled out some value-added services, “Flying+,” being one of them, allows ticketed passengers to purchase services such as:

I had the chance to try out two of the three services on their website and would like to say a few words.

My flight from Beijing to Shenzhen was in the economy, and I upgraded my “Air Meal” which was a pretty exciting experience.

I purchased the upgrade online a few days before my flight. When I sat down in my seat, a flight attendant came up and informed me that I had purchased the upgraded meal for my trip. It was only an acknowledgement, but I felt a little bit embarrassed, as everyone around looked at me strangely, while I couldn’t say that I was a blogger. Also, due to my weight problem (Thanks to all the indulgences from the travelling this year), the flight attendant and the passengers made me notice my issue even more.

The food was tasty, probably the best chicken I ever had on an airplane. It was spicy, tender and juicy. Though, I didn’t think my meal tray was the same as in the first class. It was more like the pre-prepared food on the ground. The cost of the upgrade was roughly around $17 CAD, which I considered a good lunch for the price on an airplane.

The prepaid baggage services allow you to purchase additional baggage quota at a 20% off discount, and you can buy extra allowances for the domestic flight from 5 kg and all the way up to 35 kg by the increment of 5 kg. For my purpose, I was able to purchase 10 kg with 20% off.

Everything would have worked out smoothly if I did not need to change the date of my flight. I was able to discover this system design flaw when I tried to modify my trip for a day late.

I had to stay one more night in the city I was in, and I called Hainan’s hotline to change the flight. The agent on the phone said that the only way to change my flight was to call their “website hotline support” because I had purchased their value-added services through the site.

I called the English hotline as I always do when I had an issue with the Chinese line. The English line agent was also unable to help me and advised me that they could only transfer me to their website team.

So I finally gave up and called the web support team. Then, the web help desk agent told me my prepaid baggage might not qualify for a free refund because my departure time is within 24 hours. I was speechless.

I firmly told the web support agent, which I had no intention to cancel this service, but needed to change the date of my flight, so I needed to cancel it first before I could change my flight as per the hotline agent suggested. The web support team put me on hold, and 10 minutes later, they told me they were able to cancel my prepaid baggage, but I would have to wait for “a period” for this to be processed. They also told me that they would call me once they had cancelled the purchase.

I waited for a few hours but no phone calls, so I checked online and found that the prepaid baggage showed cancelled. I was able to call the Hainan hotline again to change my ticket, and everything went through finally. It took six hours from my first phone call, which left a bad taste in my mouth. I can’t say that I’m satisfied with the workflow of Flying+ system.

Lining up at the Beijing Capital Airport Terminal 1 for excessive baggage fee is something you would never want to do if you have an early flight to catch. I am happy to see that Hainan Airline provides these services to enhance the travel experience and reduce hectics at the airport. However, I am not sure who designed the business logic for the Flying+ services and made some inconsiderate decisions during the development process. I hope Hainan Airline could do a better job at integrating the new services into the existing system as many other airlines did. It may take a longer time to implement, but it saves so much time for your support team and bring more satisfaction to your customers!