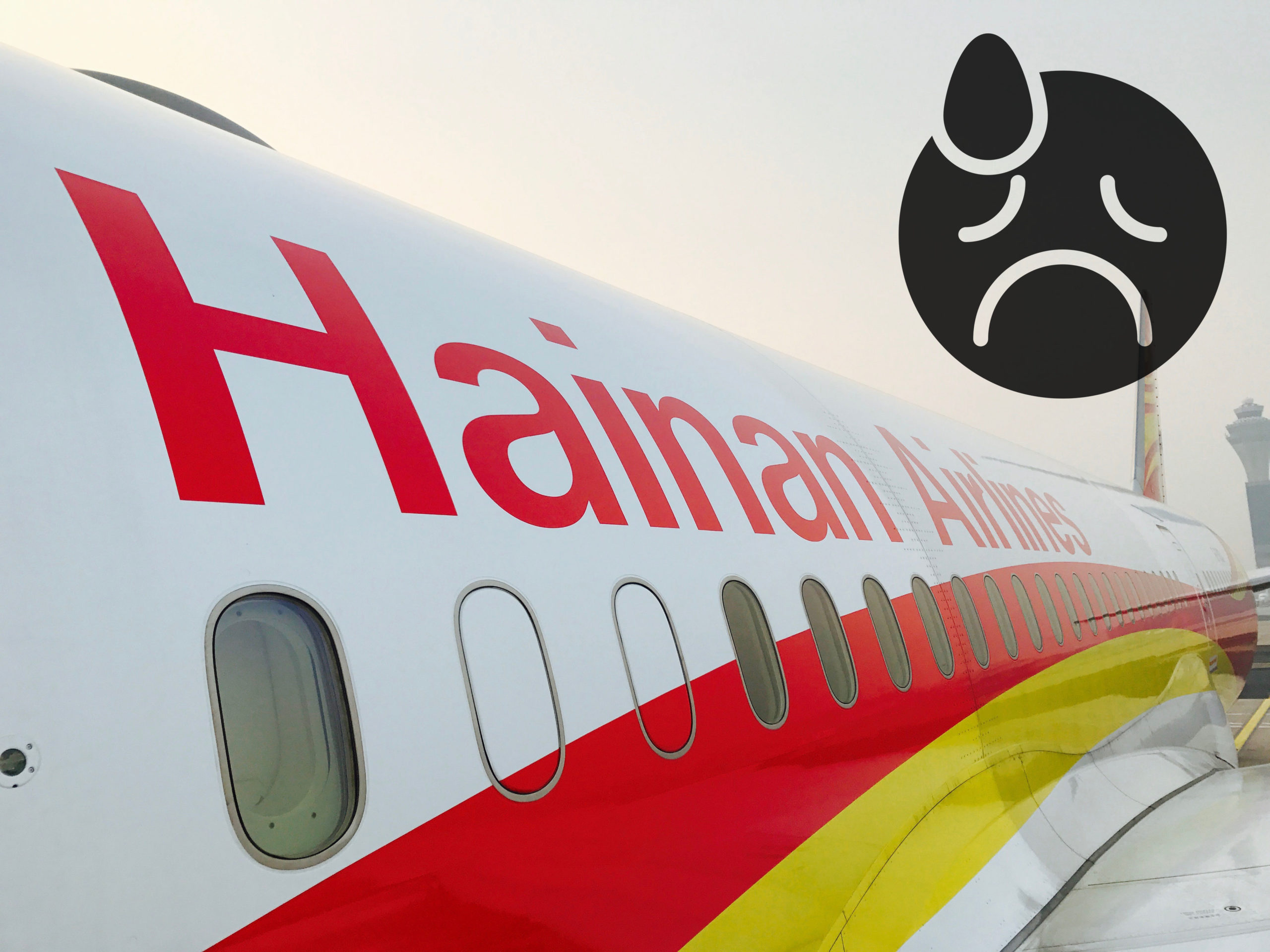 I have recently purchased a round trip ticket on Hainan Airlines, Beijing to Wuhan, from Qunar.com, one of the major Chinese Online Travel Agency (OTA), has turned my one-night business travel to a terrible experience.

For the past 24 to 36 months, pretty much all my Chinese domestic travels were on award flights, and I have not paid a dime and have flown on HU’s excellent business products (considered as Business or First class when flying domestically).

My recent business trip was from Beijing to Wuhan, which is less than two hours. I purchased a round-trip economy ticket from Qunar.com since it was a better deal compared to the official Hainan Airlines website.

30 seconds later, the ground staff asked me, how come the ID number on your reservation is entirely different from your ID number?

She said, the ID does not match at all, so I have to cancel your check-in, and you will need to go to the ticket counter to get it corrected.

While I was utterly in shock, I followed her instructions and walked to the ticket counter, where there was a long line ahead of me.

After several people cutting the line, it was finally my turn. I handed in my documents and told the staff what happened. The employee checked and said because the ID number was off, so I need to call Hainan customer service line to get it sorted. For anyone who has called the regular customer service phone line, you would know the scary long wait it could take. Also, I could not understand why I had to call, while I was standing right in front of your official ticket counter.

The staff member continued to explain without any facial expression, “I am only authorized to change any ID number that has up to three digits since your ID is off completely, I cannot do anything here.”

I repeated my confusion over her explanation.

“I cannot do anything here, and you are wasting your time here. You can call our customer line, buy a new ticket or miss your flight!” She became impatient with my stupidity. “Who can tell if this reservation belongs to you? I have no way to verify it.”

It was about 15 minutes before the check-in close, and she thought someone else with my name and a different ID number to checked on this flight? My family name is extremely RARE, and every Chinese person can easily tell.

At this point, people behind me also started. To say things like, you are wasting time here with her, or she cannot do anything about it, just go away.

After being forced to leave the counter, I opened the app where I purchased the ticket and messaged them about my issue. Surprisingly, someone quickly replied my message but was able to give me a key piece of information, the wrong ID number that was on my reservation. Unfortunately, they also need to call the airline, so they promised me nothing if I could get on my flight on time. I did get few calls from this OTA while I was in the air, so if I waited for them, I would be doomed too.

Whenever I need to call a customer service line in China, I always use the English line, because it gets through way faster and the service quality is usually better (Do not ask me why and I am not implying anything).

So I called Hainan’s English Line and was able to get through and explain my situation quickly. This method did not work either, according to the agent, their system cannot see any Chinese character, even though I told them what the wrong and right ID numbers were. They were unable to verify my name and promised me to pass my case to their Chinese department, which did not have any guarantee that I could get on this flight. I did receive a call from Hainan 5 minutes before departure, saying they got this request from their International department about my case, so this did not work.

At this point, I had looked at other options, like using miles to get a new ticket, but it was too late to even get on the next flight to Wuhan. Since I had the wrong ID information, I decide to line up at the ticket counter and try my luck again, though the line was even longer.

I also sought to call Hainan’s Chinese service line while waiting in the line, which took about 10 minutes to get through, and I explained my situation and told them the wrong and right ID numbers. The agent was able to make this exception to change the ID number on my reservation for the outbound flight, as it was 3 minutes before check-in closed, and they could finally be sure that no one else would show up to check-in this flight. Even though by the time I got to the check-in counter, and the flight has closed, the ground agent was kind enough to open the flight check-in as I have no baggage to check-in.

4. Dealing with my inbound flight

Even though the Hainan agent could help me to get on the flight last-minute, they did not do anything about my inbound flight. I was told that I had to contact Hainan again to sort out my flight back to Beijing. They asked me to send in the front and back side of my ID card to an email address they provided so they could verify my identity. I followed the instructions, and the inbound flight finally had the correct ID number after an hour I landed in Wuhan.

Some hassles and emotions were involved with this $200 flight ticket, and this experience was an eye-opener for me. I had never run into this kind of problem. The first party I should blame is Qunar.com, because the bug in their app caused me this issue. However, they offered a better price for this flight ticket, and I was fully aware buying from a third-party could pose all sorts of mess-ups. It was a risk I was willing to put up.

During this incident, I think the process HU took to resolve this issue was stupid and inhumane.

To begin with, I provided the ticket counter and phone agent my e-ticket number, incorrect ID and the correct ID numbers, if I was trying to steal this ticket, how could I know the e-ticket number? And it also happened to have exactly my name on the reservation?

While I was grateful that the HU agent lets me on the outbound flight LAST MINUTE, the process they required for my inbound flight did not make any sense. Assuming I stole someone’s ticket number and happened to have the same name as this person, what differences would it make if I sent in my ID card? So I had the guts to post my ID card to them did not care if the police or whoever to catch me later on for stealing? It also does not prove I am not impersonating the real owner of that reservation, according to the ticket counter staff.

If you are ever in this kind of situation, be calm, and think fast.

I have flown many times on Hainan both internationally and domestically, and I enjoyed their onboard services. In the past, I did critique their poor ground services in the non-hub airports, but what happened to me this time was beyond shocking. I am sure the Skytrax consultants have never needed to deal with this chaos, and maybe HU-treated them as “VVIP.”

Hainan is far away from other five-star airlines, at some perspective, it is worse than some of the four-star carriers.

I may continue to fly Hainan to earn Alaska miles and redeem premium cabin flights when the value is right, but I will not give any loyalty to this airline because it does not deserve it at all.