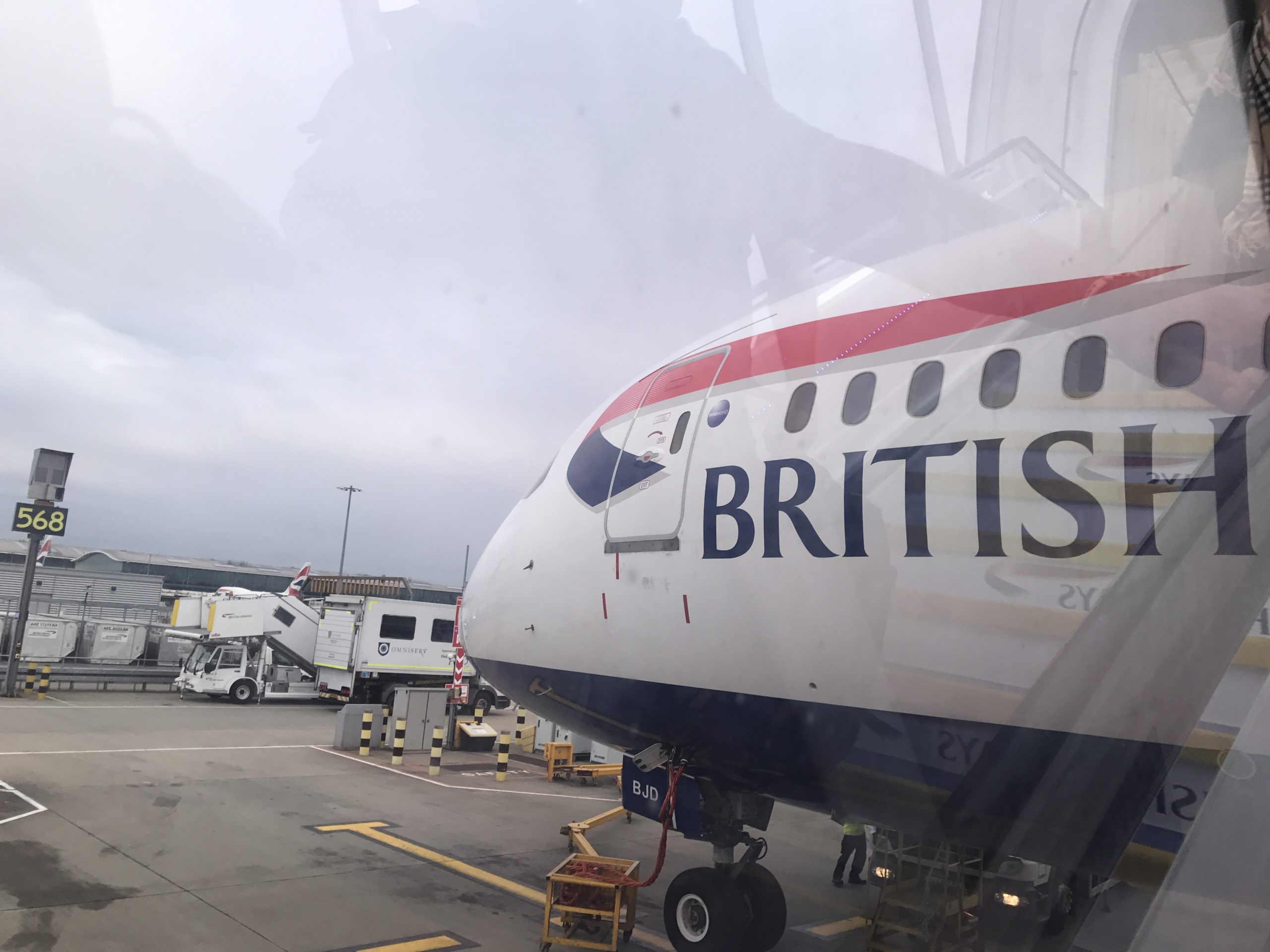 British Airway is an airline that is not as familiar to residents in North America. Pekflyer spends a great deal of time in Canada, and like many people here, we complain about Aeroplan or Air Canada all the time. I would like to set the record straight, most Aeroplan agents and the Aeroplan/Air Canada ticketing department is mile better than British Airways.

Before I begin, I would like to thank a British Airways’ agent, Atanu (last name hidden), who is a supervisor in BA’s Delhi office in India. Without his help, my ticket would not have been  issued.

Last November, I took the advantage of Egyptian pounds’ depreciation which helped me book the Oneworld business class RTW ticket at a fantastic price. This ticket was my first time to book such a journey with cash, as I have booked plenty of mini-rtw trips with Aeroplan miles. I have some basic knowledge on things like routings, layovers, stopovers, zones, etc. The purpose of this trip was not to travel around the world, as I have done it in the past, but to maximize the earning of Alaska Miles. I booked the ticket in a rush because I wanted to get into the game before the deal went away, then I had a placeholder itinerary booked with the agent, and it was painless.

A few months later, I have consulted with a few friends who had similar experiences dealing with Oneworld RTW ticket, and they told me how I could maximize my earning potential. By theory I could end up earning over 200k Alaska miles by the end of my trip, which means the price I paid for this ticket is less than the face value of Alaska miles when they are on sale with 50% discount. So this was hell of a deal.  Just to give you an idea and I will not get into details and tell you how much the tickets would cost if you were to buy them separately. I will just talk about more in different posts later, but today we will focus on the frustration I have been through for me to change the routing of this ticket.

1.1 Terminating in different cities in the Middle East or not?

It was the first thing came to my mind when I started writing, as I had this argument with BA agents back and forth. Half of the agents were telling me that I had to terminate my trip at the origin city, even though the fare rule stated different. Some agents also agreed that there were exceptions in the Middle East, where you could start from a city, Cairo in my case, and terminate in any Middle East cities listed in fare rules, Abu Dhabi, again in my case. At one point, I had to tell my new friend Mr. Atanu to go to the fare rule, and copy and paste specific section, articles and sub-headings to their fare department, so they could see that they had published such a rule allowing me to finish my entire trip in Abu Dhabi. Luckily, the fare department was able to solve this problem after my instructions were passed on.

I have to be honest up front, at the beginning of this process, I messed up the routing rules a little bit, violating the fare rule of max allowed segments in Asia. I was under the impression that if anything I requested was wrong, the agent would correct me and provide me with options to be able to validate my original routing. Not only the agent was even more clueless than I was, almost every agent I spoke to had no idea what the routing rule was. On July 3, I received the initial quote for my change fees on my desired routing and almost dropped my jaw – over eight thousands dollars change fees! My original fare was $2799, and the quote almost tripled my ticket price. This was wrong! I called the agent again, but because they were all clueless about anything, so they promised me that they would enquire the fare department. I was not counting on any of those BA people at this point. Luckily I could read and comprehend the tedious jargons in the fare T&C document. I quickly realized my mistake and corrected my routing. After waiting for a few days and not getting a response from BA, I started to call them. While the first couple of agents were still clueless about what was going on and kept asking me to wait, I asked for a supervisor, and finally, I was speaking with Mr. Atanu.

Even though Atanu had been saying that he had no training in RTW ticket,  at very least he would not mind to open the fare rule and try to understand what was going on with my booking. We worked together closely, and finally, the change fee for fare difference dropped from $8000 to $325. I was so shocked of how many of the BA agents were so incompetent. Also, I don’t expect average flyers to understand all those things, and they would lose so much money or simply give up to book their ideal itinerary.

After half a month in, we finally got the fare difference sorted out, and the original fare rule was finally validated. I was so excited and was ready to end this 15-day long marathon (did not know until later, this was only the half marathon). I asked about the total fee I needed to pay. Then again, came to my surprise, the tax I owed BA was about $1500. I explained to them how my new itinerary is not much different from my old one, and I had already paid the taxes for my old ticket. I plugged in each city pair in the Google-ITA Matrix tools which showed that I was right. A few days back and forth, Mr. Atanu finally called me in the end of the July and told me that they messed up. Then my tax was reduced from $1500 to $600 (thanks to the hefty Heathrow departure tax). I provided my credit card information and was glad that this was all over! I was wrong again, unfortunately.

During this time frame (July 30 – Aug 3), I had called in a few times to see what was going on with my ticket issuing process, and all the agents told me everything was fine. They also promised me that the ticket was in a queue and should have been issued before the second or third of August the latest. On August 4th, I arrived in London Heathrow, knowing my new itinerary did not have a ticket number. I went to the BA customer service counter after waiting at UK customs for 2 hours (thanks to SWISS Air being cheap enough not to provide a fast track to non-EU passengers).  I stood at the counter for about another an hour and a half. For the first 30-45 minutes, the friendly gentlemen Mr. Graham helped me call BA and tried to understand the situation, even though they were not allowed to touch RTW tickets. After a number of phone calls, he informed me that I had to call in to get it sorted out. Lucky enough, Mr. Atanu was on his shift that day and was also quite surprised that my ticket was still not issued yet.

After a hold on the line for about ten minutes, he told me that there was 3 dollars price discrepancy, that I had to agree to pay. I was like, why’d hell no one even bothered to call me for past eight days? After paying the 3 dollars, I finally got a ticket number to my reservation, meaning the ticket was OFFICIALLY re-issued.

What if I did not come to the airport a day earlier for my London to Johannesburg flight which was the NEXT DAY? I started to admire my calmness in the crisis situation.

After all this turmoil, Mr. Atanu agreed to waive my change fees and phone service fees for this change, but my credit card still showed that they were charged. I guess this battle would not end until I travelled this ticket.

Seriously though, I am not sure if this is a system failure on British Airways or just bad luck for myself. Either way, I will definitely not consider British Airways for my next RTW ticket purchase. I heard that American and Qantas had more competent agents to deal with this kind of ticket, maybe I should give them a try next time.

A quick update: after travelling six segments, now I have to make changes for my travel date without touching any routing. Guess what, it has been almost two months since my last request. I believe I will have to write a part 2 to this post. Thank you British Airways for bringing me such an experience!

Below are some of my Skype call history to illustrate my pain dealing with British Airways.