“The Next Big Thing” in Frequent Flyer Program 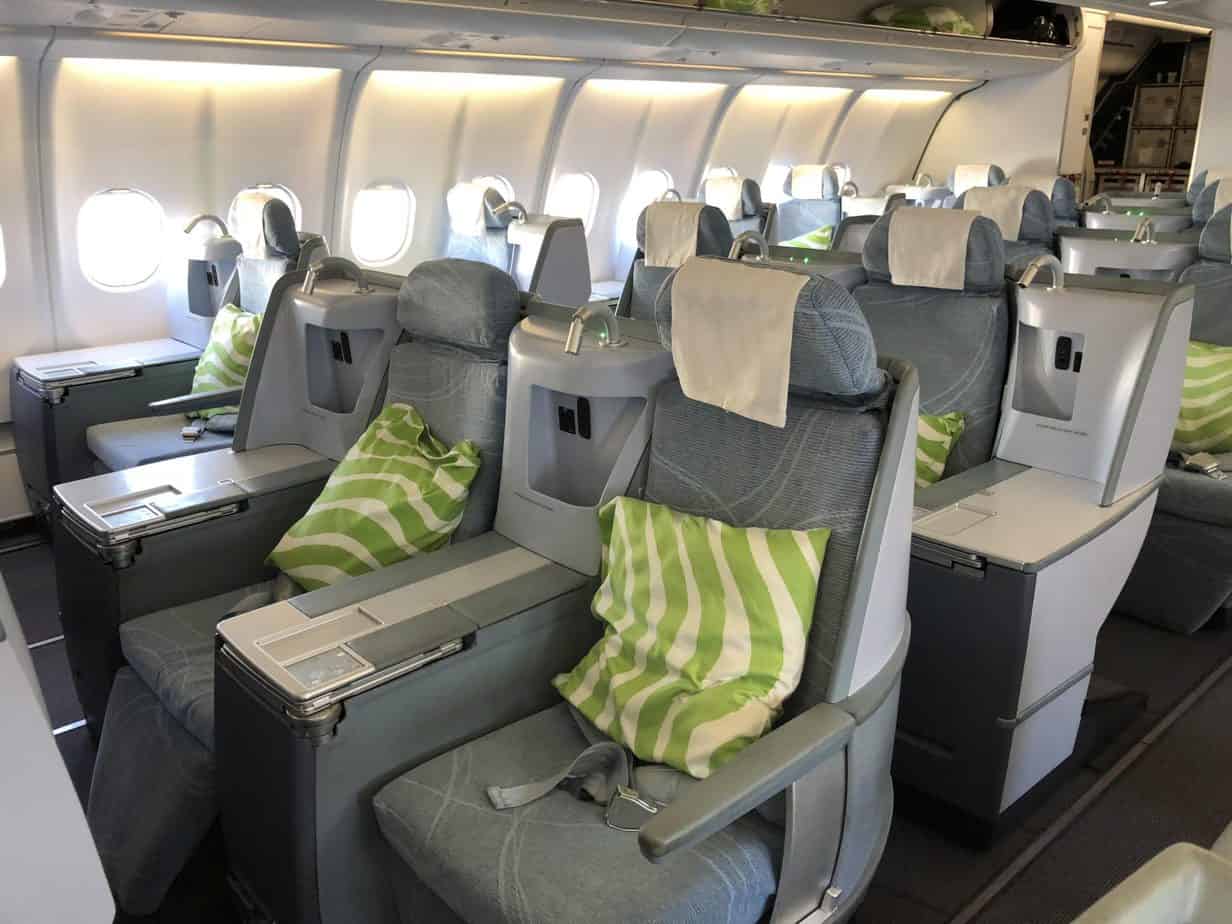 Airline loyalty program is probably the most profitable, and complicated loyalty program in the modern society. It has reached a point where the airline companies cannot train all of their relevant employees to understand their program fully, speaking of personal experience. Partially, it was lack of proper design from a User Experience point of view. Then, we get all the bells and whistles, such as the alliance partners, non-alliance partners, benefits sharing partners on specific routes, and so on.

I cannot say that I am 100% correct about this piece because I am on a flight across the Atlantic ocean as of now and just wanted to share a few ideas. I have tried two different seats on Finnair’s A330, first one was the “throne” seat, and the second was the window seat that was supposed to have more space thanks to the fuselage. It came to my mind while I was trying to sleep, what the next big thing for the airline industry would be, in particular, the loyalty program.

Most of my readers are aware where we are at and what has happened in the past decade with loyalty programs; and I won’t waste too much of everyone’s time in this section.

For the past few years, we have all observed an interesting phenomenon, the airfare, both in Economy and Premium cabins have decreased compared to about ten years ago. The cheaper fares come from the Low-Cost Carriers, increased competition (e.g. The Gulf Three), and increased capacity in a particular market (e.g. Trans-pacific). Another interesting fact regarding airfare is also happening: consumers often find that the short-haul and mid-haul (five hours or less) flights are more expensive than the long-haul flight.

Then why the longer flight is cheaper than, the shorter one? For most of part, due to the monopoly, most consumers will have to pay if they need to visit the city and everything seems fine to everyone. Then there is this bug for the airline’s loyalty program.

For people who love to travel and know the game well. Why would they go to Toronto, instead of Beijing when they can earn more miles, which is a better return on the money? Not to mention, Beijing (PEK) is a beautiful city has thousands of years of history (a little bit self-pride here). At this point, you may have noticed. I have been using Air Canada as the example here, though I believe the scenarios apply to many airlines. So let’s’ continue.

Up until maybe five or seven years ago, you could earn as many miles on the cheapest fare in Economy class as the most expensive Economy fare. I remember those good old days, where you can rack up your status after a few long-haul trips, but these type of passengers may not contribute enough revenue as the like of the airlines. Therefore, airlines started to slash the amount of redeemable and qualifying miles on cheaper fares. Today, you can earn Nothing on the cheapest Economy fare (But you did spend the money to buy the ticket).

To make the situation worse, airlines now even added the third parameter into the play. You have to spend a certain amount of money to qualify for the elite status, thus earn more miles when you fly the airline, which seems like a reasonable solution to the problem for people like us, who play the game above average. However, I would argue that this defeats the purpose of having a frequent flyer program (FFP), which should all convert to a straightforward cash back programs and you get status by spending and number of flights. The mileage run game has served its time.

Regardless what airline are saying nowadays, the era of being loyal to a single airline has gone.

First of all, you have to purchase tickets from this one airline regardless the price. No need to mention paying from your own pocket, if anyone has travelled on corporate or government pennies, you would know what a hassle it could be to explain why would someone need to pay the extra hundred bucks to fly a particular airline. Company travel policies are evolving too; it is harder now than ever.

Secondly, flying a single airline is boring, I for one, would like to travel different airlines when possible. I may constrain to fly Air Canada, Porter, or Westjet between Toronto and Ottawa, but if I am going to Europe or Asia, I will ditch them in a heartbeat, especially the competing carriers often have competitive fares and superior products.

Lastly, when the airline “enhances” their FFP program, they encourage the higher fare purchases only. To illustrate, with the bare-bone economy fare, and the annual spending requirement (which is solely airline related spending), the ones who can achieve elite status and generate a lot of miles, would be those who can purchase the more expensive fares. It is safe to say that their customer base does not care about the cost of their tickets, amount of the miles they get nor the airline they are flying.

Having an FFP is to help airlines increase the loyalty of their customer and bring up the revenue. The aviation industry is booming, and the airlines believe the role of FFP is not as crucial as before.

What makes things even worse? The FFPs are even less desirable when we factor in the inconsistency among airline alliances and partners. My research on this topic may not be thorough enough, but I do not recall if there are any two programs, are retro-crediting the flights, only based on the spending.

Westjet is one of the first airlines used “Dollars” as the currency of its FFP. It is very straightforward, which mimics the concept of the cash-back credit card. The more you spend on a single ticket, the better “cash-back” rate you get. If you have one of the elite statuses with Westjet, you naturally have higher “return” rate. Also, if you have the co-branding credit card, you also get a better rate.

Everything works well until you start to credit Westjet’s partner airlines’ flight. I have never credited any flights to WestJet before because it is such a bad deal. For example, for a 2,001+ mile flight, you only earn 15 WestJet dollars and earn 30 WestJet dollars if you are a gold member. In Westjet’s book, one WestJet dollar equals to one Canadian dollar, which is a terrible earning ratio.

To be fair, the example I gave above, is probably one of the most “clear-cut” cases out there, or I would call it a boilerplate. An instructor in aviation industry presented at one of the loyalty plan conferences said, “The airline loyalty program has become so complex to understand.” I believe what Westjet is doing, is one of the right directions, even though it means less value for the people who understand the programs nowadays.

Thank you for reading this far, I appreciate your patience.

I would hope the alliances can start to evaluate their existence, especially for the loyalty program. I am not trying to sound like Trump, but it might be better off for airlines to figure out their terms and reciprocities for their flyers. There is no more loyalty anyway, why bother wasting time and money to maintain the legacy programs.

Airlines are converting their programs into the revenue-base, but at the same time, they are just making their program more complicated and less valuable for most of the people.

If, a group of airlines, could sit down and arrange a new loyalty program that calculates the flyer’s earning based on their spending on flights, as well as their credit card, etc. This program would be way better than any existing program for alluring the people who do not want to spend too much time studying the FFPs. For most of the people, they need a program that works, and once a while, they can redeem a flight to somewhere that they think it is a good value. So the next big thing is:

LCC style does not mean any cutbacks on the benefits when a flyer has contributed a substantial amount for an airline; instead, the LCC notion of the program should remove all those things we have now and should make the program as easy as using a smartphone. Or probably hire a legit UX research firm to conduct much needed studies on airline’s perspective and existing members. Also, the benefits go both ways: it saves huge expenses on IT infrastructure, maintenance and training cost.

Okay, so you have it. I could have spent more time talking about how the boundaries of alliances are blurry, and how airline alliance is not working, especially I was denied to enter British airway’s First/Business Lounge at O’Hare airport today, after presenting my Business class boarding pass on Finnair and my Emerald membership card on Qantas. The lounge dragon just would NOT allow me to visit, and also claims the “Alliance does not matter anymore,” which, amusingly, I wholeheartedly agree!

So that’s it. Please leave your thoughts below, which I would love to respond.