Singapore Airline Sydney to Singapore to Kuala Lumper A350 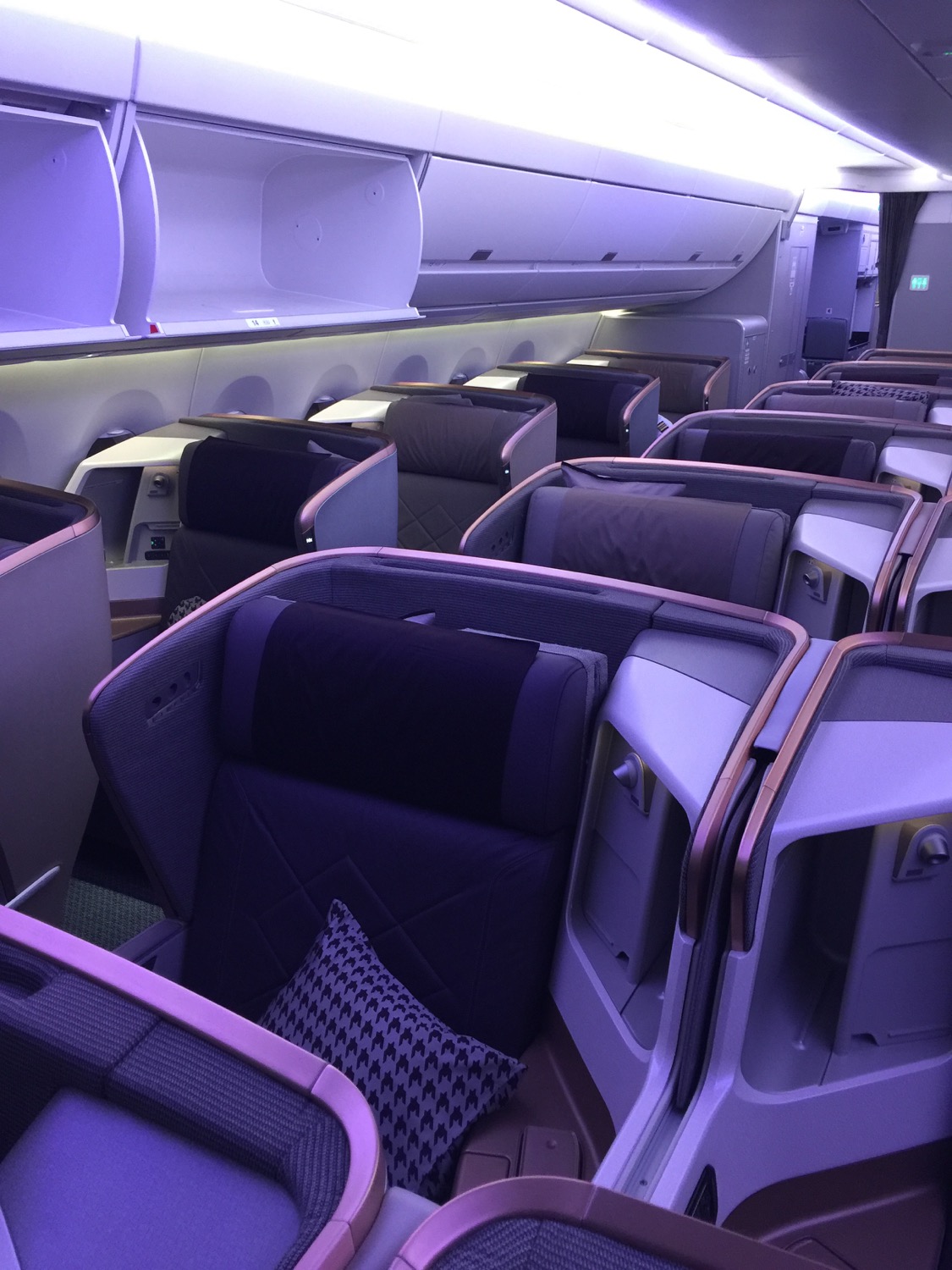 In this article, I will talk about the anticipated flight for this entire trip: the Business Class product on Singapore Airline Boeing 777-300ER from Sydney to Singapore and a surprising in-favour equipment swap for the second Singapore Airline flight from Singapore to Kuala Lumpur. It has been a long time since I took this flight and these flights were still part of the Aeroplan mini-RTW trip I took last summer. I have written about the intra-Australia flights, Sydney to Melbourne on Qantas, where I found the Qantas Business lounges were marvellous.

To begin with, I was so excited to finally fly with Singapore Airline, especially in its premium cabin. I have heard SO MUCH about this legendary airline, and it is excellent hard products and services from fellow travellers.

I guess as a general rule of thumb for one’s life: high expectation frequently lead to frustration. I should have felt something when the check-in process was not smooth. Similar to the experiences in Beijing, the agents spent a long time to figure out how to print out the boarding pass for our trip to Bologna from Sydney via Singapore, Kuala Lumper, and Istanbul. I will explain why I selected this complicated routeings, as they all have their purpose.

After about 30 – 45 minutes or so, I finally obtained my boarding pass and headed to the lounges directly. I could pick between Air New Zealand (NZ) lounge and Singapore lounge as a gold member of Star Alliance and as a Business Class passenger. The decision was simple, and I am going to both places. I went to Air New Zealand lounge first, because I plan to have some food at SQ lounge.

I have never flown with NZ, and they have very minimal award space for redemption, and this was my first time visiting Oceania area, so I hope I could try their flights one day. I have seen their air crafts at Vancouver International Airport many times because they arrive before my flights take off bound for Asia.

The design and decoration of the lounge were very modern and elegant. I liked everything here. Space was enormous and well planned. I have snagged a few photos in this lounge, and I had no chance to try out those wines and bubbles as it was about 7 – 8 AM in the morning. Unfortunately, I did not take any photos in Singapore Airline lounge, because I felt it was so much worse than the NZ lounge. The decoration, the vibe, the colour theme, and everything reminded me 1980s movies. At this point, this was the second hint for me to lower my expectations about this flight.

The boarding process was chaotic because the boarding area and the gate were close to a construction site, and around 300 people were trying to get on the plane together. Instead of having zoned boarding procedure, like many North American airlines, Singapore and many other Asian carriers, such as ANA, they still only have two or three different boarding groups, namely, First Class/Top Tier Frequent Flyer, Business Class/Alliance Gold Passengers and Economy passengers.

Once I boarded my flight, I was shocked.

I remember reading somewhere, that Singapore Airline has been refurbishing their 777 with newer business class products since a year or two years ago.

So apparently, not every single 777-300ER has been retrofitted at this point. This 773 is such an old plane!

What can be worse than a dated cabin?

The amenity kit we got, was an eyeshade and a pair of socks. I tried to look up a photo of what we got, but I cannot find any because I was too shocked at the time to capture a picture. I do not think it was a kit, but two items.

The cabin and lack of amenity kit ruined my experience of this flight. I have recently just flown with Delta’s domestic long haul flight, and I got a TUMI amenity kit for an 8-hour domestic flight, but we get nothing for an 8-hour international flight on a premium route.

The food and everything else was just bland at this point. The only positive thing to report was, despite the dated cabin, I can sense the glorious time of this aircraft when it was brand new. The seat is spacious for a business class product. The bed has plenty of space even for an overweight person like me.

After eight hours of sadness in the dated cabin, we landed at Singapore Changi Airport, one of the supposing best airport in the world. However, I found it different.

The airport was chaotic but also orderly. One thing I wanted to see was an art installation: “Kinetic Rain,” has done by one of my favourite interactive artist team, Art+Com from Germany. Unfortunately, I was told by the airport staff that I cannot go to the landside or to go through custom because my transit is less than four hours. So another major disappointment. A similar installation had no longer on display in BMW’s museum in Germany; Kinetic Rain is the only comparable installation in the world.

So I just spent some hours in a bland Singapore Airline lounge and waiting for my next flight to Kuala Lumper. While I was waiting, I looked up this SQ118 flight, which suppose to be on Airbus 330-300, but the seat map was changed from 2-2-2 to 1-2-1. I was confused a little and sensed some good things are finally coming.

When I arrived the gate, I realized we had an equipment change, from the dated Airbus 330-300 to the brand new Airbus 350-900. At this point, I was so busy to take photos and play around with all the things in my seat. It is such a treat, and I guess that the karma is trying to make up for me, after a disappointing 8-hour flight. I never thought I could experience the newest Airbus 359 on this trip.

The cabin was spacious and modern, and I have taken as many photos possible, so please see for yourself. I was too busy taking pictures, so I skipped the snack services and did not even bother to switch to a window seat.

The only downside of this flight was too short. The pleasure only lasted about an hour. As much I was enjoying this short flight, I even forgot my passport on board and Singapore Airline staff returned to me at the gate after I realised I lost it.